Now, you can hire a private ambulance the same way you would a private-hire car, thanks to a partnership between house-call doctor app Speedoc and ambulance operator Comfort Ambulance. Speedoc app users can call on Comfort Ambulance’s fleet of 25 ambulances for transport from anywhere in Singapore to more than 100 healthcare institutions island-wide, including hospitals, nursing homes, and hospices. 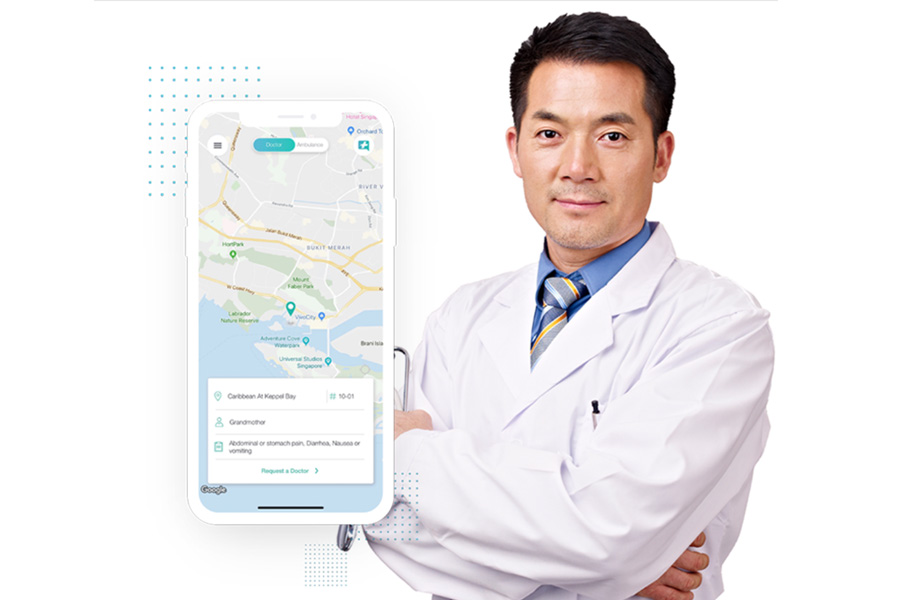 In April, the SCDF announced that it would no longer dispatch ambulances to cover non-emergency cases so that it can better focus on the serious and life-threatening cases. Overall, the 995 calls to SCDF have been on the rise over the last decade. Users who need a private ambulance can now either contact over 20 operators individually or call the 1777 hotline but sometimes have to wait a long time for an ambulance to be confirmed.

Speedoc doctors have experienced great difficulties and waits for as long as two hours when they needed to call for a private ambulance to ferry a patient to a hospital. Situations such as pneumonia and serious skin infections are not life threatening but patients suffering from these conditions may need to be sent to a hospital as soon as possible for treatment. Other patients may be bedridden, requiring them to be transported in a stretcher

The updated Speedoc app lets users book a doctor or an ambulance through the same app. The charges for booking an ambulance differ based on timing, location, and day. Any additional charges such as the use of oxygen therapy and the use of stretchers are clearly listed so users do not have to worry about hidden charges.

Speedoc is currently working with other ambulance operators to get more of them on board the app.

NXT July 2020 Issue Is Out Now! Get Your Copy on Magzter Today! An Introduction to Renewable Energy

Get Your Selfie Game On With The Sony Xperia XA2 Ultra

The Future Changes Shape: Express Yourself with the Samsung Galaxy Z...