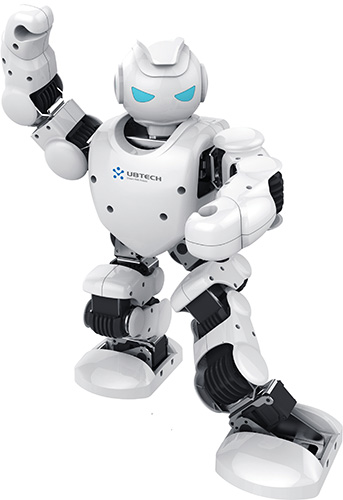 The entertaining UBTECH Alpha1 Pro is a humanoid robot that can sing, dance, tell stories and perform fighting moves. Its movements are programmable and executed through 16 servos. It has no innate sense of balance so it cannot walk naturally and has to slide its legs back and forth; but as we found out, it’s not a big handicap.

To get the Alpha1 Pro grooving, just download the programs featuring dance, stories and sports, via the smartphone app. The Alpha1 performs dances without falling most of the time, and gets my family tickled when performing the dances created by the user community, like “Gangnam Style”.

The story programs are similarly entertaining: the Alpha1 reads you a story and animates it through delightful action. When describing how Alice in Wonderland shrunk, it folded its legs to appear growing shorter. However, the sports actions can look unnatural, though I did enjoy its snappy Tae Kwan Do demonstrations. They showcased the agility and swiftness of Alpha1’s motor skills – pun intended.

After trying out all the actions from other users, it’s time to create your own moves, either via computer or smartphone app. The former allows more precise programming while the latter is easier; physically move the Alpha1 and record, and you can playback the exact movement.

If you have two or more Alpha1 robots, you can also get them to battle one another. Just pull up the gamepad from the app and press the on-screen buttons to move the Alpha1.

You may not be able to speak to the Alpha1 Pro, but it still is an entertaining robot that can be programmed to offer much fun. It is the imaginative, next-generation action figure for everyone at home – even young children – capable of storytelling and can even be an unlikely dancing and exercise companion – you’re only limited by imagination. 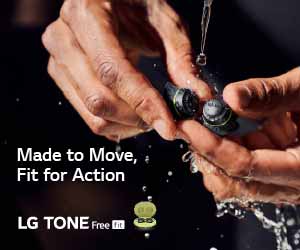 The Huawei MateBook 13 is a Value Proposition